The Lost Continent of Mu – Lemuria – Underwater Ruins in Japan

Japan's Underwater Ruins In March 1995, a sport diver unintentionally strayed beyond the standard safety parimeter near the south shore of Okinawa. A battleground for the last land campaign of World War II, the island was about to become the scene of another kind of drama. As he glided through unvisited depths some forty feet beneath the clear blue Pacific, the diver was suddenly confronted by what appeared to be a great stone building heavily encrusted with coral. Approaching closer, he could see that the colossal structure was black and gaunt, a sunken arrangement of monolithic blocks, their original configuration obscured by the organic accretion of time. END_OF_DOCUMENT_TOKEN_TO_BE_REPLACED 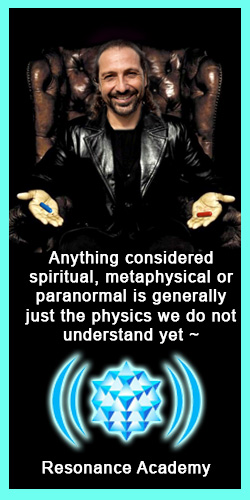 Zee Delivery :-) - - - New Mandelboxes arriving at a Mandelbox depot ? More about 3D fractals at www.SacredGeometryWeb.com/3dFractalsRendered in the fabulous Mandelbulb 3D, then imported into 3D Studio Max, where I created some simple objects with textures prefabricated in Mandelbulb 3D, a... ... See MoreSee Less

Your journey to the centre of everything begins here UnderstandingSacredGeometry.com :-) ... See MoreSee Less

This could be the best collection of 3D printed sacred geometry designs anywhere. Available in a variety of materials, but the gold or rhodium plated brass are the most beautiful (and still affordable). Wearing geometries holds a nexus of order in the body's energy fields, similar to the way crystals do, and for similar reasons as the crystals use these geometries at the molecular level. ... See MoreSee Less

Sacred Geometry 3D Printed Jewellery These exquisite forms are designed by Narada Dan Vantari, the a...

Julian Assange, was confined to the Ecuadorian embassy in London for 7 years without charge. He was still active online via Wikileaks in speaking truth to power. So they blackmailed/bribed the new Ecuadorian president, and Julian's internet and visiting privileges were cut off, nearly a year ago now. He is effectively a political prisoner in what has become an Ecuadorian jail inside the embassy in London. Obviously he still considers it a better option than being disappeared into a US military prison for reprogramming. - Here is the last interview he did before being cut off from speaking to us. Its a good one.MANDATORY CREDIT: World Ethical Data Forum WikiLeaks co-founder Julian Assange could be seen in his final video before Internet and communications were cut o... ... See MoreSee Less

As soon as space and time can be said to exist a pulsating wave form between polarities arises
and concentrically around its centre of gravity
the nesting of all other forms is implied.
This is the same as saying that from the number 1
all other numbers must logically follow. ... See MoreSee Less

One of the most impressive sense fooling tricks I've ever seen! Even after watching it multiple times I can't wrap my mind around what shape these things actually are. Some of the last ones are apparently interlocking from one perspective and completely separate from another. Is this why humans have so many conflicting belief systems... because what angle you observe from changes the picture so completely?Finalist of the Best Illusion of the Year Contest 2016 Title: Ambiguous Cylinder Illusion Author: Kokichi Sugihara Institution: Meiji University, Japan ... See MoreSee Less

The vibe of 3D fractals fascinates me. Many of them seem darker and stranger than one would expect from a geometry. Many seem organic or mechanical, but that is mostly just our classification system. The weirdness seems to be more than just our biases. Do you agree?Zoom into a hybrid of 3 Mandelboxes and a Mengersponge along the z-axis to a zoomlevel of 6*10¹⁶. 7400 JPEG-frames @ 1600x1200 with 2x Anti-Aliasing in Mande... ... See MoreSee Less

I found this story of a tribe in Mexico that run casually 50km highly inspiring. If they can do this... why can't we? Maybe we can?Colin O'Bradly visits northwest Mexico and the Tarahumara people to unlock the secrets of their superhuman ability to run A global journey to discover extrem... ... See MoreSee Less

My posts of 3D fractals lead me to this interview of the late father of fractals Benoit Mandelbrot and his protege in the application of fractals to economics Nassim Taleb. Personally I think the catastrophic collapse of the money system might be a very good thing ! 'Black Swan' theory, and 'Anti-Fragility' are very interesting conceptsBenoit Mandelbrot thinks the global economy is in dire straits. ... See MoreSee Less

Space Engine is free software that allows you to travel the universe as we know it. Constantly updated to keep it as realistic as possible. Here's the trailer to a recent version update.SpaceEngine. A 1 to 1 scale Universe simulator that features an endless number of worlds to explore, galaxies to marvel at, black holes to be afraid of. You ... ... See MoreSee Less

One of these days I really must write a whole explanation of how the major and minor triads in music are based on flipping the 3:4:5 ratio triangle within the circle of 12 notes, as shown in the image below. Have you read the book at UnderstandingSacredGeometry.com ? ... See MoreSee Less

From our higher dimensional geometry collection at www.SacredGeometrical.com - This is my Toroidal projection of the 5D Cube. Interestingly, the 2D form has appeared a crop circle. In higher dimensions the polarity between the 5 symmetry forms such as the icosa and dodecahedron, and the 4 or 6 symmetry forms such as the cube and tetrahedron, is at least partially transcended. After all... 5 dimensional forms by definition have a 5 symmetry of sorts built into them. The higher dimensional cubic form is probably the easiest one to begin to understand as we find 90 degree angles to be the easiest to visualize. This 5D cube pendant is available in 3 different sizes here sacredgeometrical.com/collections/sacred-geometry-3d-printed-jewellery/products/5dhypercube-42mm-1 ... See MoreSee Less

Our concept of what a black hole is has evolved dramatically in the last 100 years since Einstein predicted them. We have, of course, never seen one, and perhaps never will. We have seen things happening in the depths of space that seem to indicate the presence of something so attractive and energetic that our only current explanation for it is that it is a black hole. That still leaves us clinging to our theories in a hurricane of other possible ideas. - In the midst of this fascinating field of investigation, the theories of Nassim Haramein have a certain sacred geometric beauty to them. He proposes (excuse my gross oversimplification) that even the smallest pixel level of reality is basically nothing but black holes, and that particles are vortexes in spacetime connected to each other by wormholes. There is a section in my book 'Understanding Sacred Geometry and the Flower of Life' devoted to his Holo-Fractal-Theory. Read it for free online at www.UnderstandingSacredGeometry.com ... See MoreSee Less

Gaia breathing. Greenpeace made the first section of this video. The rest of it may make you cry. - Gaia as the living Earth is an important realisation, but unless you realise that the cosmos is also alive, it doesn't really make sense. I highly recommend the book 'Earth Dance' by evolutionary biologist Elisabet Sahtouris that you can download from her website as a pdf here ratical.org/LifeWeb/index.htmlThis is a non-commercial attempt from www.sanctuaryasia.com/ and www.facebook.com/sanctuaryasiapage, to highlight the fact that world leaders,... ... See MoreSee Less

This reminds me of a 4 dimensional butterfly's egg. What would the butterfly that emerged from it look like.Starting with the standard mandelbulb can lead you to strange shapes.The frames were comparatively slow renders so there are little glitches. I just don't ha... ... See MoreSee Less

Contemplate with me for a moment, of all the possible ways to crumble a mathematical cube... why this particular form? And why this particular quality of form? What is the esoteric significance of fractal architecture ?Second rendering of my Mandelbox-OctahedronIFS-Hybrid with Mandelbulb3D, this time as Juliabox with changing parameters at some points. 3 days / nights for 2... ... See MoreSee Less